Discover the history behind the four famous missions of San Antonio.

At the San Antonio Missions National Historical Park you'll find four historical sites of the southernmost missions in America. Along with the Alamo, the four missions are a World Heritage Site in the center of the city.

The San Antonio missions' history tells the story of the city's founding. A mission is traditionally walled all around and inside there's a church, living quarters for the priests and buildings where Native Americans and the clergy worked. Below you'll find San Antonio missions information, including historical facts and the location for each site. 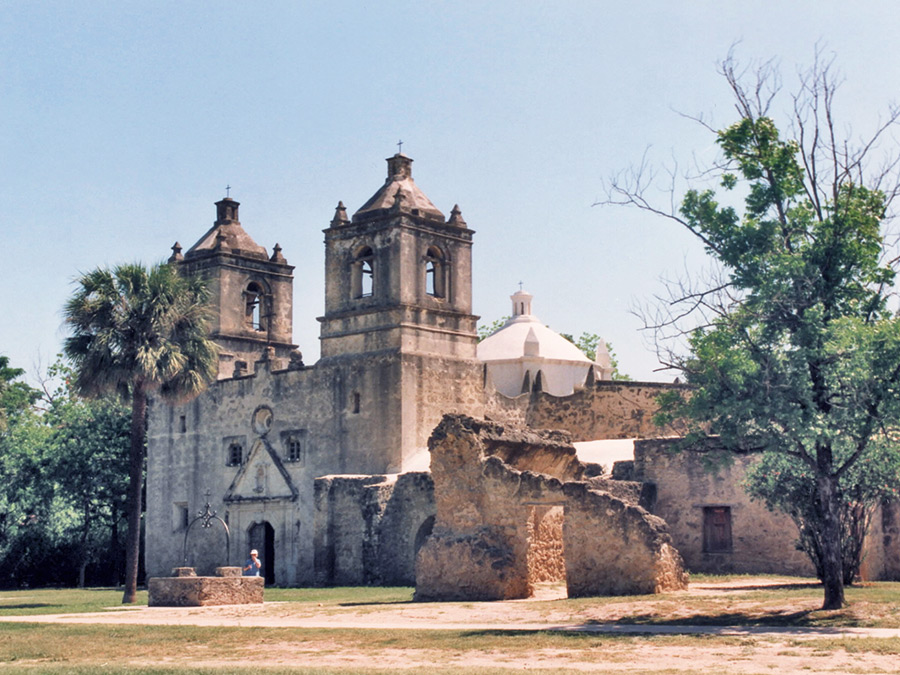 The official name is Mission Nuestra Señora de la Purisima Concepción de Acuña, however, most people know this historic site as simply Mission Concepción. It's the first mission on the River Walk Hike and Bike Path, making it the closest mission to downtown.

Mission Concepción was built in 1755 and looks very much the same today. It's the oldest unrestored stone church in the country, and is known for the beautiful frescos painted throughout the interior. 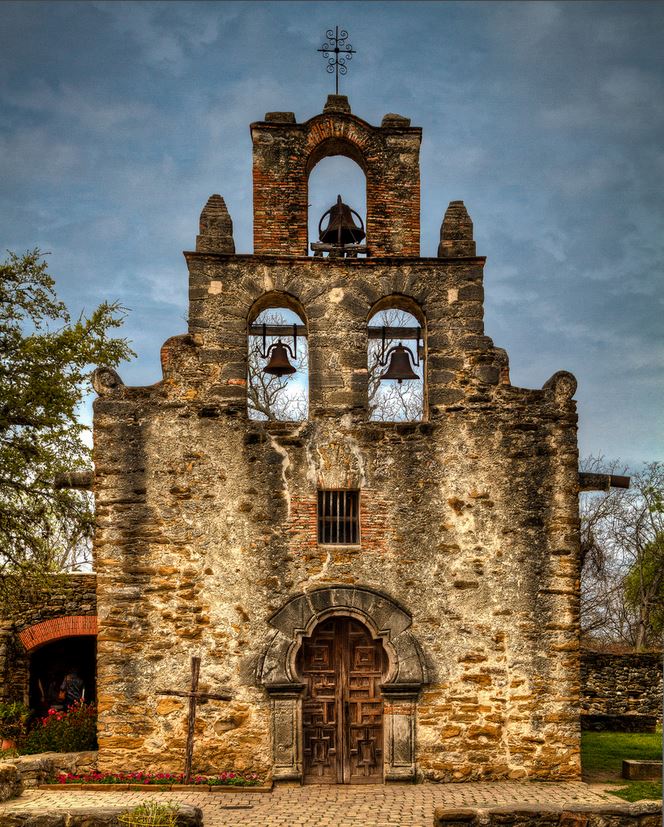 The mission was established in 1731 and the sprawling estate once included a ranch, blacksmith shop, workshops, grand cathedral and living quarters. Sadly a fire in 1826 destroyed much of the mission. Today, the only remains still standing are two walls, the granary and the chapel. 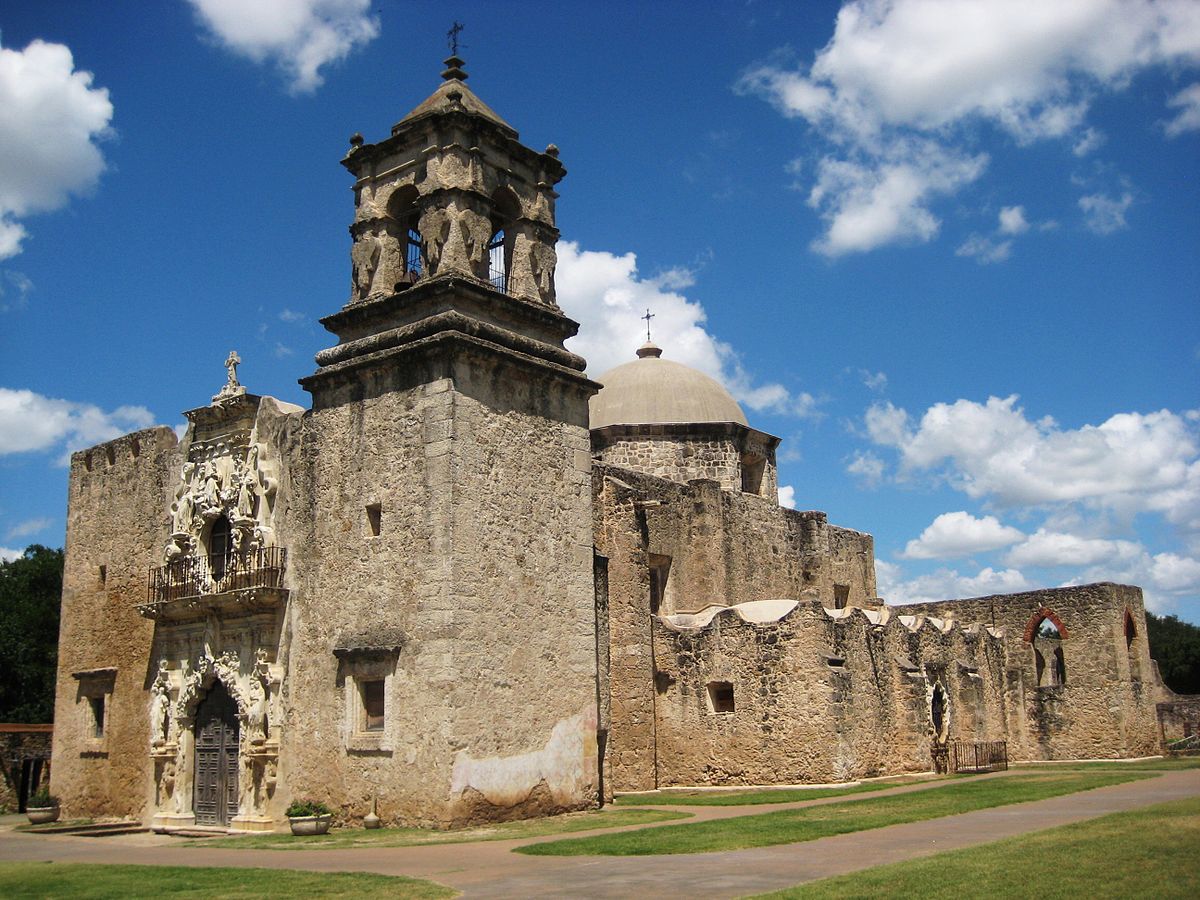 Mission San Jose is often referred to as "the queen of the mission". It's where the park's Visitor Center is located, and it's where you'll find the largest and most impressive of the San Antonio missions.

The mission was established in 1720, but it took another 62 years to complete. Although portions have collapsed over the years, the Works Progress Administration (WPA) has restored Mission San Jose to its full glory. The historically accurate renovations have totaled more than $2.2 million. At the Visitor's Center, you can view the short film Gente de Razon, which depicts life at the mission in the 1700s. While you're at Mission San Jose you can also visit a museum and bookstore. 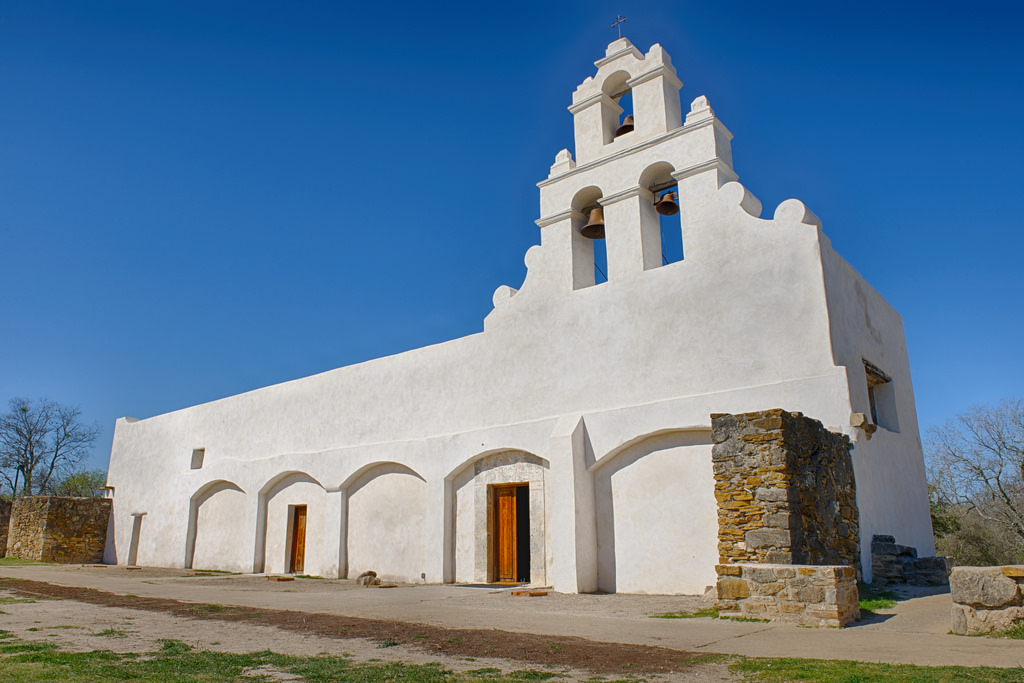 Of the four missions, Mission San Juan Capistrano is known for being a farming community that was so successful it produced a food surplus for the region. Construction began in 1731 and was completed in 1756. An elaborate chapel began to be constructed in 1772, however it was never finished.

Though Mission San Juan Capistrano is a historical site the chapel and bell tower are still used today.

San Antonio mission tours are free to the public. A park ranger will take small groups through one of the missions to share the story of its founding and point out interesting features. Each mission has it's own tour times, so make sure to check ahead of time.

There are many ways to explore the missions beyond taking a tour. You can:

• Walk a stretch of the river walk that passes by each mission.
• Pick up a rental bike at one of six B-cycle stations.
• Use the VIVA Missions service for bus rides between the missions and other nearby attractions.

The missions are opened daily, with exception of major holidays. Because the missions still hold regular church services, tours are only possible during certain hours. The missions are completely closed to the public during weddings and funerals.

Mission Reach also recently opened. It's an 8-mile ecosystem restoration and recreation project that includes a public trail. The trail runs from the zoo past the Alamo and all the way down to Mission Espada.

If you know of a web page that should have a link on The San Antonio Page, please let us know by .  Thank you for stopping by our web site.